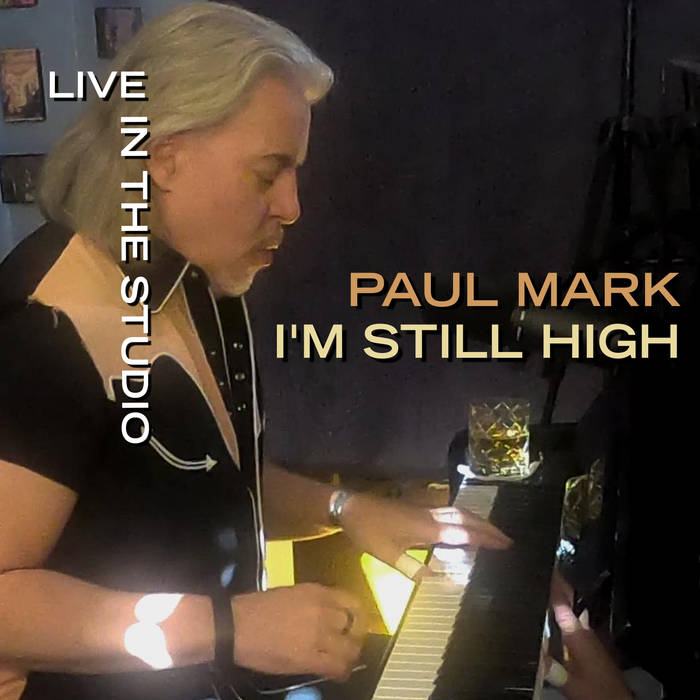 I'M STILL HIGH was originally recorded by Paul Mark & The Van Dorens and released on the album "Blood & Treasure" (RDTN 5901).

Took out that patch of Mrs. Whatsername’s roses
Dodging a devil squirrel that took me by surprise
The cop on the corner said, "Son
How come your ran them red lights?"
I said, "Your honor...I’m still high"

Last night I laid down my head
Confetti swirling round the bed
I thought by morning it would surely be gone
But in the dawn’s early light, much to my surprise
The party was still raging on

Missed my appointments one and all til low and behold
I found my watch was telling upside-down time
The voice on the phone kept yelling,
How come you ain't where you’re supposed to be?
I said, "I'm sorry, but I’m still high"

Last night I laid down my head
Demons dancing round the bed
I thought by morning they would surely be gone
But in the dawn’s early light, much to my surprise
The party was still raging on

I met the duchess for dinner and diversion
I tucked the table cloth into my pants
I said I thought that’s what we’re doing, honey
When she asked me if I wanted to dance

When I stood up to relieve my condition
Straight to the pavement the entrees did fly
She started crying, "Why can’t we be happy like we used to?"
I said, "I don’t know about you, but I’m still high…

Why don’t you come up and see me sometime?
‘Cuz I’m here and I’m still high"