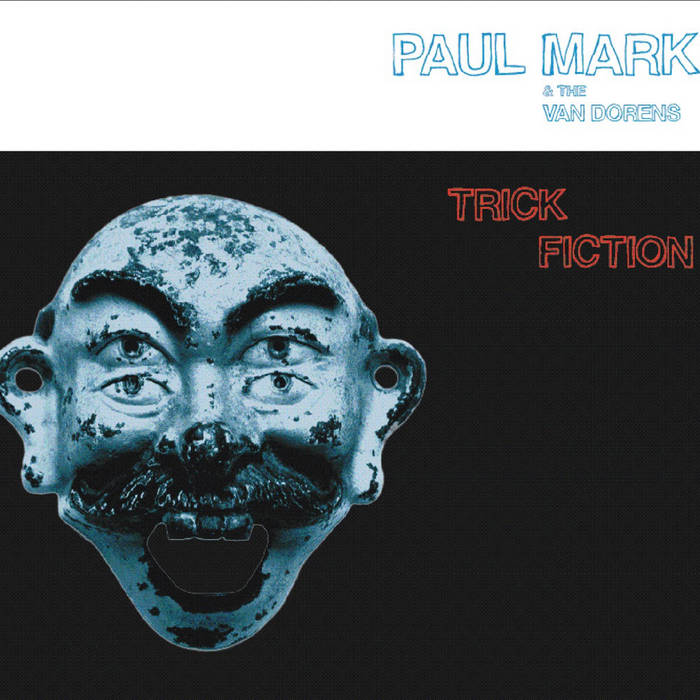 "Sensational...If 'Trick Fiction' has so far gone unnoticed outside the northeastern and eastern United States, that needs to quickly be corrected.
- Blues Wax
-------
"As funky and spontaneous as [Memphis’] finest music… The performances [on 'Trick Fiction"' are consistently inspired…Mark’s lyrics go places other blues-based artists just don't try.”
- Blues Revue Magazine
-------
"'Trick Fiction' is roots rock with that deep soul vibe...While the Van Dorens play rough, ragged and relentless music that will get you on your feet, the real attraction is the wit and wisdom of singer/guitarist Paul Mark, who definitely mines seldom-explored veins with his original lyrics."
- Blues Bytes
-------
Forget the prefab corporate airbrushed sound of contemporary American “rock” music: 'Trick Fiction' is the real deal, twanging, overdriven guitars over relentless grooves and some of the most distinctive blues lyrics written by anyone, anywhere.

'Trick Fiction' contains 11 new songs by Paul Mark, including the instant swamp classic Big Glass Building, a sound solution to global warming. Included as well is the big-time blues lifestyle proclamation 'Fritos, BBQ & Scotch' which Albert King might (repeat, might) smile over. And take a listen to the soulful instrumental groove of 'Stake Out', where Booker T meets Kenny Burrell. For those given to over-indulgence there’s the raucous, cautionary tale '30 Lbs. in 30 Days'. A cover version of the Pomus/Shuman gem, 'Suspicio'n, takes a dark, late-night turn. And included here is a solo piano interlude, 'Small Heaven', that might be the best ballad Mark’s ever penned.

But the final track, Riverside Diner, is where it all comes home, a raucous train on a righteous track towards salvation in a world that’s cast out its heroes and instead relies on the folly of fools. Trick Fiction ain’t for fools...It’s where the train STOPS. You dig MTV, American Idol and today's "rock" radio?? Find another CD, this ain't your thing...