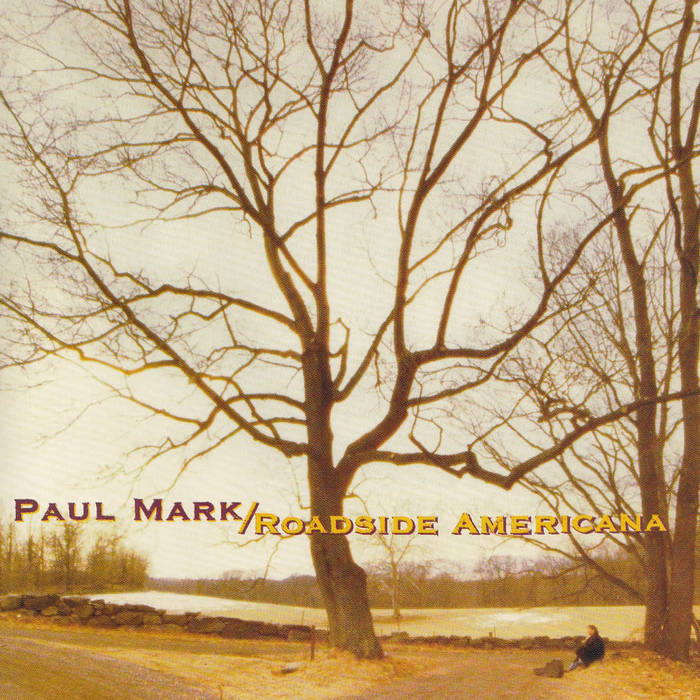 Paul Mark's first solo instrumental release, "Roadside Americana" is the moody precursor to his later instrumental release "Mirage Cartography". It's a sweeping all-acoustic guitar, no-vocals collection combining elements of country blues, ragtime and old-timey Americana. The sound marks an introspective u-turn away from the Van Dorens' roadhouse uproar, with Mark performing alone with nothing but his acoustic guitar.

A beautiful and quirky departure that's oddly rhythmic and sweetly melodic, "Roadside Americana" takes an introspective turn into the strange and tuneful expanse of the American wilderness. After fronting Paul Mark & the Van Dorens for more than a decade, whodathunk this wild-eyed front man would head for the tranquility of the backwoods?

Mark's a guitarist's guitarist. Players are invariably are drawn in by the unorthodoxed tunings, odd finger-picked patterns and inventive structures of Roadside Americana. Straight-up listeners are taken by the simple charms and relentless tunefulness of these tracks.

The tracks on Roadside Americana are right up there with the most downloaded of all Paul Mark's recordings.