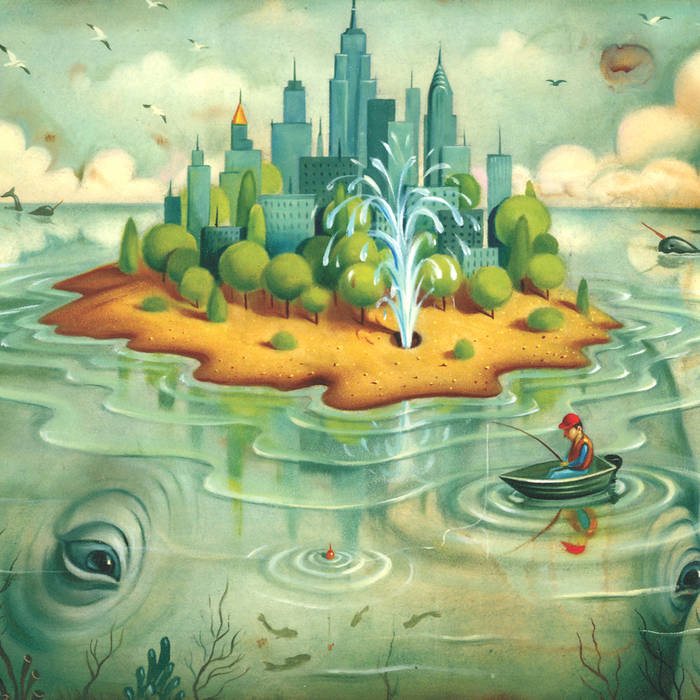 "Every [Mirage Cartography] track has a sound of its own, almost a sense of personality...an integrity that many instrumental records just can’t access...[an] extremely talented musician and wonderful composer ...Beautiful work."
- Maverick Magazine

Roots music at its most refined...An instrumental trip into the heart of the Americana landscape. Rich melodies, steel strings and buzzing frets rising out of fading dreamworld...

Paul Mark’s eighth CD, Mirage Cartography, cuts a swirling acoustic path through the heart of American folk and blues music. Setting aside the cutting-edge lyrics and roadhouse roar of his band, Paul Mark & the Van Dorens, the NYC-based musician, producer and record company owner here looks inward to conjure a quirky and dexterous collection of acoustic instrumentals that resonates with calm introspection and worldly charm. His unsurpassed solo finger-picking technique, compositional richness and affinity for raw Americana creates a darkly-imagined oasis of taught melodies and soothing atmospherics. This soulful solo release – complete with lush packaging – reasserts Mark’s disregard for the tepid conformity of today’s corporate playlists and underscores his dedication to honest and personal music targeted at a thinking audience.

Mirage Cartography can be seen as a natural extension of the sounds explored on Mark's earlier solo instrumental release, Roadside Americana. Check out that CD as well if you're seeking out a roots guitar sound reverberating with understated power and intricate reflection. Mark's solo guitar work comes from a strange and wonderful place that revives listeners with pure oxygen and lifts the senses with startling aural color.

Cover artwork: The illustration on the cover of Mirage Cartography was created by Chris Buzelli. Based in New York City, his work has appeared in numerous publications, including The New York Times and The Village Voice. "I'd seen his eye-poppingly odd work in print a couple of times and I sensed a kindred spirit," says Paul Mark. "His technique is breathtaking and his conceptual ideas make you scratch your head, then laugh. I discovered that he lived in Manhattan so I called him up. We sat down in a bar in the East Village to talk over the project. His image really contributes to the whole concept. And it's beautiful." Take a look at Chris's blog describing the cover artwork. The cover artwork was awarded a gold medal by the Society of Illustrators for advertising art.