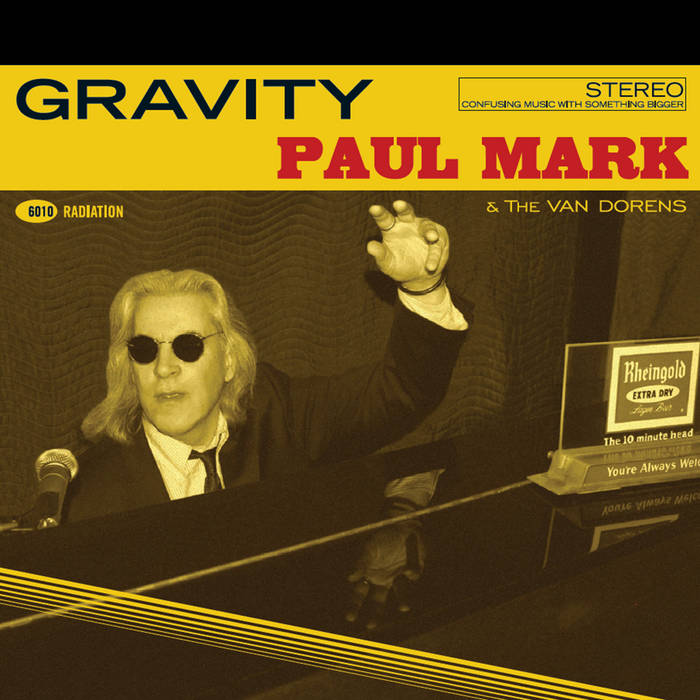 "Gravity", Paul Mark's 11th commercially-released album, picks up on the genre-expanding sounds of his critically-praised "Stowaways" CD and sends them into a new creative orbit. Rolling from barroom singalongs to sweeping ballads then detouring into back alley blues rock, "Gravity" is a relentless shake-up of Americana music sounds that are impeccably coupled with Mark's trademark, head-spinning lyrics. Few songwriters can match his unconventional connections and sharp wordplay. And his multi-instrumental mastery and production chops here once again underscore his reputation as a musician's musician.

"Gravity" is a testament to Mark's clear belief that it's always the song that comes first. And here the songs are unified around themes of loss and societal dismay. Steady at the core is Mark's ironic heart and his irrepressible humor. The levity slips in at first almost unnoticed, then as a witty reinforcement of the romantic, world-gone-mad absurdity of it all.

While he began as a saloon blues guitarist and snark-joy composer of roots rock verbal gems, Mark's musical direction continues to expand to include extraordinarily delicate orchestrations with more than a nod towards classic pop mannerisms. On "Gravity" Mark works with a string section on several tracks, the tonal palette veering into cinematic pop textures from the 1950s. And then just to keep the floor tipping under your ankles he launches into a country music hoot that rollicks with Nashville otherworldly, wordy wisdom. Then into a Hammond B3 solo that tears into today's political hackdom with crackling Memphis-blues overdrive abandon.

Mark shares with his songwriting mentors (touch points include Dylan, Randy Newman, Tom Waits, Willie Dixon, Chuck Berry, John Prine) that ineffable delivery of the listener into a momentary pause to consider, then reassess. To see the world just a bit differently. To tear up, then rage, at the predicament of a world defying gravity and drifting away. And then to smile.